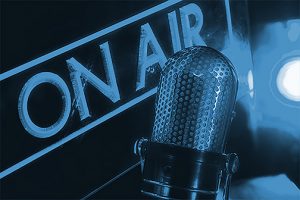 LOS ANGELES (April 27, 2020) —  With venues everywhere dark during this extraordinary time, world-class theater from L.A. Theatre Works is just a click away.

The world’s leading producer of audio theater, L.A. Theatre Works offers audiences around the globe free access to state-of-the-art recordings of both contemporary and classic plays, each performed by leading actors of stage and screen. LATW productions are aired weekly by radio stations across the U.S. and internationally. Beginning every Saturday, audiences can stream that week’s broadcast online for free, along with broadcasts from previous weeks.

Listeners can hear additional titles by subscribing, also free, to L.A. Theatre Works podcasts on Apple Podcasts, Stitcher, Spotify and NPR One. Some of the titles available in May include Mizlansky/Zilinsky, a hilarious comedy by Jon Robin Baitz about two Hollywood con men trying to hatch one last grand scheme, starring Nathan Lane, Richard Masur, Rob Morrow and Harry Shearer; and Fabulation, or the Re-Education of Undine, a darkly comic rags-to-riches-to-rags tale by Pulitzer Prize-winner Lynn Nottage that stars Charlayne Woodard. Subscribe at https://latw.org/podcasts.

Free access is always available to over 30 science-themed plays from the company’s “Relativity Series.” Titles include award-winning plays such as Arcadia by Tom Stoppard, starring Kate Burton and Gergory Itzin; and Photograph 51 by Anna Ziegler starring Miriam Margolyes, Matthew Arkin and Maxwell Caulfield. With lead funding provided by the Alfred P. Sloan Foundation, bridging science and the arts in the modern world, the plays in this series present science as a thoroughly human endeavor, bringing to life the people and stories behind the research and invention that shape and change our world. To stream plays from the Relativity Series, go to https://latw.org/relativity-series. The Relativity Series is also available as a podcast at https://latw.org/podcasts.

Finally, L.A. Theatre Works is reaching out to support non-profit organizations across the country, supplying a choice of targeted recordings each company can offer to its constituents. A sampling includes Theater Development Fund (TDF): Art, The Importance of Being Earnest, The Motherf**cker with the Hat, The Mountaintop and Glengarry Glen Ross; Museum of the Holocaust: Kindertransport and Judgment at Nuremberg; Bloomsburg University Performing Arts Center: Photograph 51 and Red; Arena Stage: The Originalist; Beverly Hills Temple of the Arts: Denial and The Assembled Parties; Kravis Performing Arts Center: Lost in Yonkers and Judgment at Nuremberg; National Center for Science Education: The Great Tennessee Monkey Trial; and the Feminist Majority Foundation: Seven and Photograph 51.

“We look forward to the day when audiences can gather to experience the magic of live theater again. Until then, put on your headphones and immerse yourself in all that LATW has to offer” says producing artistic director Susan Loewenberg.

In addition to all the free offerings, LATW has a catalog of over 500 recorded plays available for purchase. Newly released and now on sale: The Hard Problem, a hilariously mind-bending comedy by multi-Tony® award-winner Tom Stoppard that explores the origins of human consciousness: starring Games of Thrones’ Hannah Murray, with Eddie Cahill, Rosie Fellner, Desirée Mee Jung, Julian Morris, Moira Quirk and Alex Wyndham. For more information, go to https://latw.org/title/hard-problem.

To download photos of actors recording for L.A. Theatre Works, go to www.lucypr.com/theater/l-a-theatre-works/latw-photos/