A new initiative within downtown’s Los Angeles Theatre Center, the collective’s goal is to produce seven world premiere plays, one from each member, over a four­year period. At the end of that four-year cycle, the founding members will hand over the entire organization to another seven local playwrights, thus creating the city’s first true new play “factory,” by and for the people of Los Angeles. 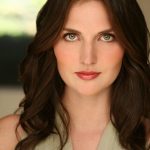 Meghan Brown is a writer based in Los Angeles, where she is the resident playwright for Fugitive Kind Theater. She won the 2014 Ovation Award for Playwright of an Original Play for The Pliant Girls. Other plays include The Kill-or-Dies (Max K. Lerner Fellowship winner, Princess Grace Award semifinalist), Psyche (Princess Grace Award finalist), The Fire Room (Hollywood Fringe Festival Award winner), The Gypsy Machine, This Is Happening Now, Perfect Teeth for Crocodile Land and Shine Darkly, Illyria. She wrote the libretto for Operaworks’ inaugural Arts for Social Awareness Program opera The Discord Altar and the book and lyrics for a musical version of Jane Austen’s Emma (music by Sarah Taylor Ellis). Meghan wrote the lyrics for Untuned Ears Hear Nothing but Discord (music by Ben Toth), a 15-minute song cycle about anarchist Emma Goldman that premiered at Lincoln Center as part of In Need of Music: The Songs of Ben Toth. A film adaptation of The Kill-or-Dies is currently in development. 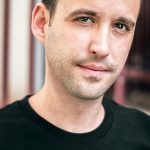 Nate Rufus Edelman’s plays include The Belle of Belfast, Bright Light City, Desert Rats, Blind Struck Ugly Luck and Another Fine Mess. His work has been produced and developed across the country and in the UK and Ireland. The Belle of Belfast was developed with the Cherry Lane Theatre’s Obie Award-winning Mentor Project and received its world premiere at EST/LA, where it was nominated for numerous LA Weekly and Ovation Awards, including best new play and production. It was produced off-Broadway at the Irish Repertory Theatre where it was a New York Times Critic’s Pick. Bright Light City was developed through the Cherry Lane’s Tongue series and received its world premiere at the LATC. His screenplay The Scavengers was on “the blacklist” and is in development. As an undergraduate he studied at UC Santa Cruz and Trinity College Dublin. He received his MFA in dramatic writing from NYU. He is a member of the Choctaw Nation. 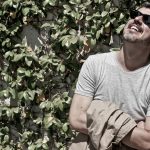 Oliver Mayer is an Associate Professor with tenure at the USC School of Dramatic Arts and the author of nearly 30 plays, including The Sinner From Toledo, adapted from a Chekhov short story. His newest project is Blue House, a collaborative piece with original songs by singer/songwriter Perla Batalla based on the life of Frida and Diego. Recent plays include Members Only, the sequel to his ground-breaking play Blade to the Heat, and Blood Match, inspired by Lorca’s Bodas de Sangre. Other plays include Fortune is a Woman, The Wallowa Project, Dias y Flores, Dark Matters, Conjunto, Young Valiant, and Ragged Time. Mayer wrote the libretto for David Conte’s opera America Tropical, as well as the sung texts for We are Joy and America Belongs to Us, by composer Jenni Brandon. He is also the author of a children’s book series entitled :Big Dog On Campus,” based on his all-time great dog Don Aldo. 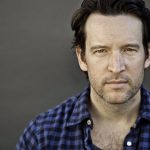 John Pollono is an actor, playwright and screenwriter from New England who currently lives in Los Angeles. He won the LA Ovation and Los Angeles Drama Critics Circle (LADCC) Awards for Best Play for the 2011 LA production of Small Engine Repair, for which he also received the LADCC Award for Best Writing. That play had a smash hit run at MCC in NYC in 2013, and his newest play Lost Girls opened there in fall 2015. As an actor, John has appeared in Grey’s Anatomy, How I Met Your Mother, Masters of Sex and Mob City. He is a founding member of Rogue Machine Theatre in Los Angeles and has produced the hit underground storytelling series “Rant and Rave” there to sold-out crowds for the last seven years. His screenplay Stronger, based on the story of Boston Marathon bombing victim Jeff Bauman, is in pre-production at Lionsgate and Mandeville and will be directed by David Gordon Green. He is currently developing the dark comedy My First Black Friend with Kemp Powers at FX. 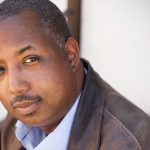 Kemp Powers is a playwright, screenwriter and author. He is a resident playwright at Los Angeles’ multi award-winning Rogue Machine Theatre company, where the 2013 world premiere of his play, One Night in Miami… landed three Los Angeles Drama Critics Circle awards (play, ensemble, Ted Schmitt Award for best world premiere) and four NAACP Theatre Awards (best playwright, ensemble, play, director). It has since enjoyed a record-breaking run at Baltimore Center Stage and a critically-acclaimed engagement at the Denver Center for the Performing Arts. It is currently in development for its commercial debut on London’s West End. Other plays include The Two Reds, Little Black Shadows (2016 Pacific Playwrights Festival, South Coast Rep) and Christa McAuliffe’s Eyes Were Blue (Denver Center commission). Kemp is a playwright-in-residence at the 2016 Colorado New Play Summit at the DCPA. He has toured as a storyteller for the Peabody Award-winning series The Moth and was one of 50 storytellers selected for publication in their 2013 debut book, The Moth: 50 True Stories (NY Times bestseller). He is currently developing the dark comedy My First Black Friend with John Pollono for FX and producer Nina Jacobson (The Hunger Games). 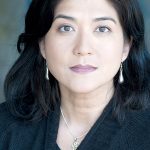 Vasanti Saxena is a playwright whose work has been produced/developed in New York (Ensemble Studio Theatre, New York Theatre Workshop), Chicago (Chicago Dramatists, Silk Road), and Los Angeles (Chalk Rep, Company of Angels, Santa Monica Rep). She strives to give voice to those who are typically unheard—or not heard enough—in theater. Vasanti’s play Sun Sisters was the winner of East West Players Pacific Century Playwriting Competition, a finalist for Chicago Dramatists Many Voices Project and a semi-finalist for both the O’Neill National Playwrights Conference and the Princess Grace Award. She is currently adapting it for the screen. Her short play Closing Time was published in Smith & Kraus’ Best 10-Minute Plays of 2011. Vasanti was a Van Lier Fellow at New York Theatre Workshop and the recipient of an ARC grant from CCI and an EST/Sloan commission. A graduate of Brown University, Vasanti holds an MFA in Playwriting from Columbia University. 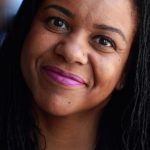 t.tara turk is a novelist/playwright/screenwriter whose work has appeared at LA’s Company of Angels, Hip Hop Theater Festival, the Actor’s Studio, EST and the Kennedy Center. Her fiction has appeared in the international anthology “X:24”, African Voices and Stress magazine. She received her MFA in Theater from Sarah Lawrence, receiving the Lipkin Playwriting Award, was a Van Lier Fellow at New York Theatre Workshop, and completed the Guy Hanks Marvin Miller Screenwriting Fellowship at USC and the Producer’s Guild Diversity Workshop. She was also an emerging playwright at the Underwood Theater reading series along with Julia Cho, Theresa Rebeck and Rinne Groff. She has written several films featured in numerous festivals including woodshed, which premiered at the Hollywood Film Fest and won best short in the Montreal Film Festival. She won Best Screenplay at African American Women in Cinema and was an Urbanworld 2012 Screenplay Finalist. She co-produced the web series Dinner at Lola, part of the CTO collective featuring Tracie Thoms, Yvette Nicole Brown, Cirroc Lofton, Bryan Fuller and Nelson Ellis among others. She is currently working on a short story collection, a new novel and is in pre-­production for a film project. Her latest publication appeared in the Summer 2015 edition of “Obsidian Call & Response: Experiments in Joy.”