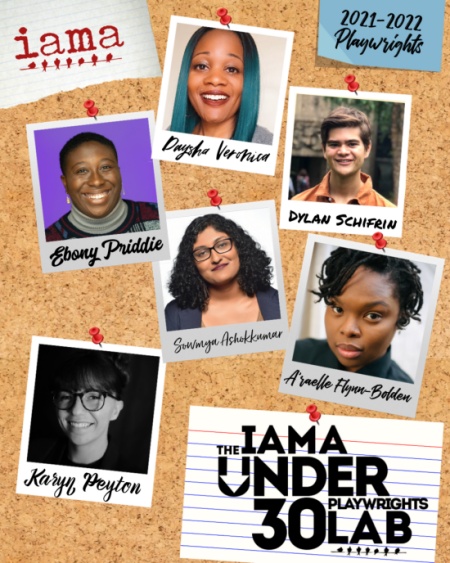 Ashokkumar is a playwright, screenwriter, and educator from the San Francisco Bay Area whose writing centers on women of the global majority in narratives about home, hope and healing. She was a member of PlayGround SF’s Writers Pool, where her short plays were selected for S.T.E.M Night and WomenArts Night. She has been a member of City Light Theater’s LightSource Writers’ Group and is a current member of EST/LA’s NewWest Playwrights Group. Her play Phoenix has been read at Playwrights Foundation’s A Night of New Works and EnActe Arts Inc.’s staged reading series, Playful@EnActe. Her MFA thesis play, Santosha or The J3ng@ Play, was a semifinalist for the 2019 O’Neill National Playwrights Conference and received an honorable mention from the Jane Chambers 2019 Student Playwriting Contest. Most recently, Seven Words, An Exercise in Friendship was a finalist for the 44th Bay Area Playwrights Festival. Sowmya has also been an educator for over two decades, specializing in English, Dramatic Writing, US History, World History and US Government. BA in English: UC Berkeley. MFA in Dramatic Writing: Carnegie Mellon University.

Flynn-Bolden is an actor, vocalist, playwright, educator and activist. While training at California Institute of the Arts, she found a passion for telling stories that explore the lives of foundational figures in BIPOC and LGBTQ+ history. With a focus on historical fiction, she looks to bring to light the many ways these marginalized heroes influence our existence as artists and global citizens. Flynn-Bolden has recently written works for Skylight Theatre, Geffen Playhouse, Art With Impact and other Los Angeles based theaters and non-profits. She is a co-founder of BLKST, a BIPOC-led mechanism of accountability, transparency and community oversight in the Los Angeles theater community. She also serves as artistic associate at the Broad Stage in Santa Monica.

Peyton studied English at UChicago and Oxford as a first-generation, low-income student. Her first book of poetry is forthcoming from Finishing Line Press in January 2022. She is a LaunchPad Prose Finalist, a ScreenCraft Summit Virtual PitchSemifinalist, a ScriptWrite Finalist, a Nostos Screenwriting Workshop Official Selection and a two-time placer onCoverfly’s Red List. She also wrote on an indie doc series about police misconduct and wrongful conviction with Beti Films, worked with the Department of State to implement sustainability programs at universities in Lithuania, and made a guerilla-style documentary that severed a school’s relationship with a psychiatric hospital. For TV, she has held support staff roles in writers’ rooms at AMC and Showtime. In her spare time, Peyton teaches playwriting to inmates through the Prison Education Project.

A recent graduate of UCLA’s School of Theater, Film and Television, Priddie (they/them) sees playwriting as a movement for community action and social change. They want to inspire audiences to look deeper into the history of theater, and to see the community healing that can come from it. Topics of interest include Black speculative fiction, mental health, trauma-informed healing and theater of the oppressed. Priddie also directs, acts and is learning intimacy direction.

Schifrin is a composer/lyricist and writer whose work seeks to blend satire, spectacle and music to tell often-political, often-LGBTQ+ outsider narratives. He is a Yale College graduate with a B.A. in musical theater composition through the Shen Curriculum for Musical Theater and has studied under Donald Margulies, Michael Korie, Marsha Norman, Scott Frankel and Jeanine Tesori. His writing has been recognized by the Blank Theatre Company, Playwrights Project, National YoungArts Foundation (finalist in playwriting), Scholastic Art and Writing Awards, ASCAP, the Foundation for New American Musicals, New Musicals Inc. (2021 New Voices Project finalist) and The Civilians. His work for TV has been distinguished by Stage 32. He is a six-time published author at YouthPLAYS, through which his work has been licensed and performed throughout the U.S., Europe and Australia. Dylan is a member of the BMI Lehman Engel Musical Theatre Librettists Workshop, an in-house songwriter and music director at the YouTube/TikTok production company Pixel Playhouse, and currently works as a music assistant on an upcoming musical series at Hulu.

The Under 30 Lab provides an artistic home for the next generation of L.A. playwrights and is an integral building block of IAMA’s mission to foster young, hip and modern storytelling. Over the course of this one-year residency, the writers will meet on a monthly basis to share and develop their work in a peer-guided format led by Under 30 alum and program director, Nicholas Pilapil. Members of the Lab will also be given dramaturgical support from the artistic and literary staff at IAMA, as well as a ticket to each of IAMA’s mainstage and virtual productions. The Lab will culminate in a public presentation of the members’ work.

IAMA accepts submissions on an annual rolling basis; applicants must be between the ages of 18 and 29 and must be Los Angeles-based. For more information about the IAMA Under 30 Playwrights Lab, go to http://www.iamatheatre.com/under30.