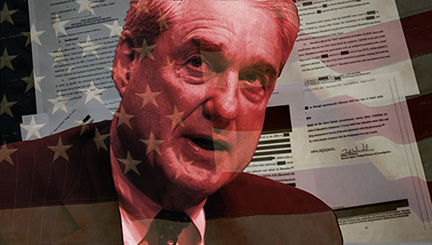 LOS ANGELES (June 26, 2019) — Two venerable Los Angeles intimate theaters will each host a Mueller Report Read-A-Thon, offering Angelenos the opportunity to hear the Mueller Report read aloud, in its entirety, on either side of the City. The Fountain Theatre in East Hollywood will host a single, 15-hour event on Thursday, July 18 from 9 a.m. to midnight. The Odyssey Theatre Ensemble in West L.A. will hold a separate marathon reading, breaking it up into two 8-hour sessions on Monday, July 22 and Tuesday, July 23, each from 1 p.m. to 9 p.m. Admission to both Read-A-thons is free and open to the public.

Special Counsel Robert Mueller’s “Report on the Investigation into Russian Interference in the 2016 Presidential Election” is the official report documenting the findings and conclusions of investigation into Russian efforts to interfere in the 2016 United States presidential election, allegations of conspiracy or coordination between Donald Trump’s presidential campaign and Russia, and allegations of obstruction of justice.

“The Fountain has a long history of using theater as a trigger for political and social action,” says Fountain Theatre co-artistic director Stephen Sachs. “Now it’s time for Los Angeles to engage in the national dialogue about Mueller’s findings. We’ve been told what the report is, what it isn’t. What’s in it, what’s not. But how many have actually read it for themselves?”

According to Odyssey Theatre artistic director Ron Sossi, “Political projects like Chicago Conspiracy Trial, Tracers, McCarthy and Rapmaster Ronnie have always been a large part of the Odyssey’s 50-year history. Sadly politically-oriented work has been missing from American stages of late. This live reading of the Mueller Report at two different L.A. theaters is a refreshing and exciting reminder of the heady days of ‘60s/’70s activism, and, hopefully, a sign that the local theater scene is becoming re-engaged.”

Readers at the Fountain will include over 90 readers representing the diversity of Los Angeles, including actors, artistic leaders, community leaders and business people. Confirmed to read so far: Councilmember Mitch O’Farrell; actors Jeff Perry, Richard Schiff, Rob Nagle, Frances Fisher, Harry Groener, Bill Brochtrup and Jenny O’Hara; artistic directors Daniel Henning (Blank Theatre) and John Flynn (Rogue Machine); playwright Justin Tanner; and theater journalist Steven Leigh Morris. A complete list of readers will be available at www.fountaintheatre.com/event/mueller, where anyone interested in participating can also sign up for a 10-minute reading slot. The Fountain Theatre Read-A-Thon will be streamed live on the Fountain’s Facebook and Twitter pages. The Fountain Theatre Café will be open throughout the event.

In May, a group of Congressional Democrats held a live marathon reading of the report. Since then, similar events have been taking place across the country. A 24-hour live reading hosted by theater companies New Neighborhood and Slightly Altered States took place in New York City; a group of elected officials, activists and celebrities put on a reading in a San Francisco café; and a marathon reading is scheduled for July 11 at the Arena Stage in Washington D.C. This week, an all-star celebrity reading of a new play, adapted from the Mueller Report by Pulitzer Prize and Tony Award-winning playwright Robert Schenkkan, took place in New York. On Tuesday, it was announced that former special consul Robert Mueller will testify before Congress on July 17.

Admission to both Mueller Report Read-A-Thons is FREE. Audience members may come and go throughout each event.