Lee Blessing on A Walk in the Woods 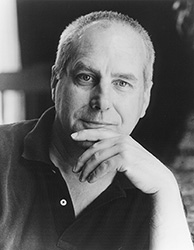 The issue A Walk in the Woods explores is chronic, in the sense that nuclear weaponry can’t be uninvented; still, the geopolitical landscape of the mid-1980s has changed considerably. The Soviet Union has disappeared, and significant reductions of nuclear weapon stockpiles have been made by both the U.S. and Russia.

I suppose people keep coming back to this play because the struggles and frustrations described in it are not confined to two nations any longer. Proliferation has become a new engine for the nuclear dilemma. I recently contributed a one-act play to a play cycle created by London’s Tricycle Theatre. It was called The Bomb and traced the history of nuclear weapons over the last 75 years or so. My play, Seven Joys, was about the “nuclear club” (as it’s sometimes called) and traced the spread of the bomb from the U.S. to the U.S.S.R. to Britain and France, China, India, Pakistan, South Africa, Israel (in all likelihood), North Korea and — someday soon? — Iran.

Each of these countries encounters the same dynamic when it develops the ‘WMD’ status and must face similar questions. How do we control the weapons? How do keep them secure and avoid an accidental conflict? How do we keep up with our enemies? How do we successfully play the game of brinksmanship? And above all, how do we negotiate now that we possess weapons we never actually want to be forced to use?
My Reagan-era play posed all these problems, and I suppose contemporary audiences find they can still usefully explore them as they watch Honeyman and Botvinnik agonize together.

So, while today’s politics are different from those of the Cold War, the world’s no less dangerous, and the possibility of a small country touching off a major conflagration by using just one nuclear device grows greater every day. Sadly, I think A Walk in the Woods may seem relevant for quite some time to come.”