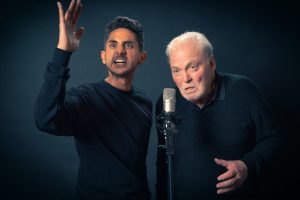 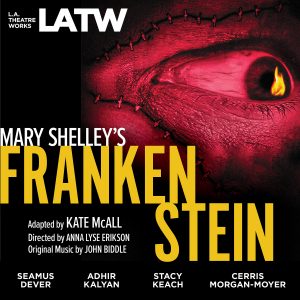 In 1815, confined indoors by over a year of relentless rain and cold following the eruption of Indonesia’s Tambora volcano, a group of friends, including 18-year old Mary Wollstonecraft Shelley and poet Lord Byron, began writing ghost stories to pass the time.

The L.A. Theatre Works recording was made in February over the course of four performances, in front of a live audience, at UCLA’s James Bridges Theater.

The cast also includes Seamus Dever (ABC’s Castle); Mike McShane, Cerris Morgan-Moyer and Darren Richardson, and the director was Anna Lyse Erikson. The recording features original music by John Biddle, and a post-performance discussion moderated by Leslie S. Klinger, author of The New Annotated Frankenstein” and one of the world’s foremost authorities on “Frankenstein” as well as “Sherlock Holmes,” “Dracula” and H. P. Lovecraft, is included.

Click here to download Frankenstein as an mp3 digital file for only $4.99. The recording is also available for purchase as a CD.