Ellen Geer, the daughter of Will Geer, got her start performing in regional theaters across the country, including the Tyrone Guthrie Theatre, American Conservatory Theatre of San Francisco and the Old Globe in San Diego. She has worked continuously for 46 years in television and motion pictures since making her debut in Richard Lester’s Petulia in support of Julie Christie and George C. Scott. Probably best remembered for her turn as the committed actress who is lined up as the third (and last) date for Harold by his mother in the cult classic Harold and Maude, Geer has played character and supporting parts in scores of movies and television shows. Some of her other film credits include Hard Traveling, Patriot Games, Clear and Present Danger, Phenomenon and The Odd Couple ll.

Since 1978, Ellen Geer has been the artistic director of Will Geer’s Theatricum Botanicum, where she helped the theater develop from a Sunday afternoon workshop performing Shakespeare to a professional repertory theater company now in its seventeenth season with a negotiated Actors Equity Contract. She has produced and directed over 50 Theatricum productions, including plays by Shakespeare, Tennessee Williams, Chekhov and Thornton Wilder, as well as Greek classics. Many of her own plays and adaptations have been performed at Theatricum as well, including Dracula; A Dark Cloud Came; Dory, A Musical Portrait; and Merlin: The Untold Adventures. She created the Academy of the Classics for Theatricum in 1976, which now houses an intensive Shakespeare seminar, scene study classes, teen classes and the popular Youth Drama Camp. She helped develop School Days, a field trip educational program for young people now in its 30th year, which brings over 10,000 Los Angeles school children to Theatricum each spring and fall, and co-developed Classroom Enrichment, which brings actor/teachers and programs into the classroom to work with English teachers. In history classes, actor/teachers bring social movements to life through living history dramas and music of each era. Examples are: Searching for the American Dream, Black History, Strength of Women and La Raza.

Geer was an associate professor at U.C.L.A. teaching Shakespeare to graduate students in the theater department for 15 years.

Currently, her work in film and television supports her “Theatricum habit.”

Among her awards: A Career Achievement Award from the LA Weekly, “Best Actress” for Long Days Journey Into Night from the Drama Critics Circle, a “Woman of the Year” award from the County of Los Angeles and special recognition from UCLA for her work in theater.

Click on the thumbnail images below to link to 300 dpi print quality photos.*
*After linking to the high-res photo, use the back arrow to return to this page.
If you close the photo, you will exit the website. 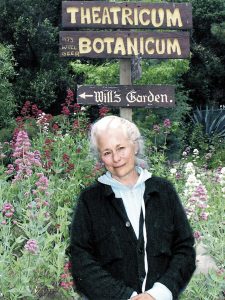